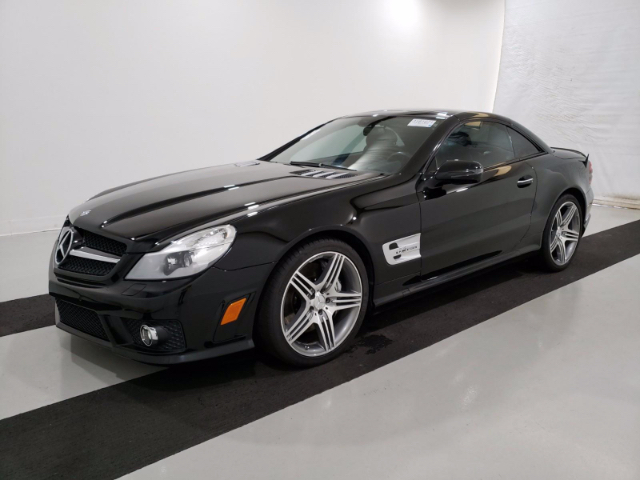 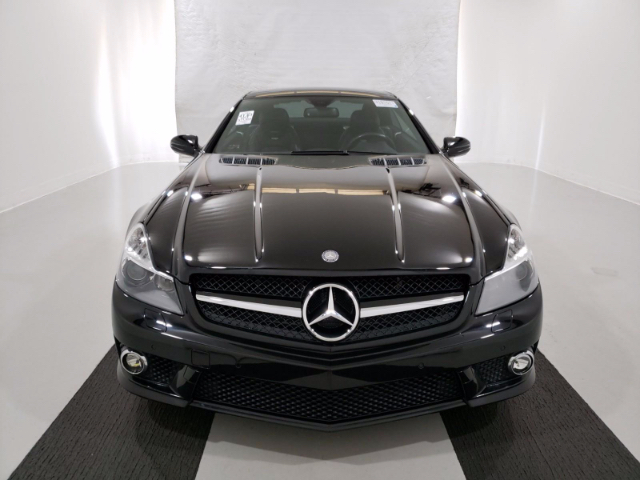 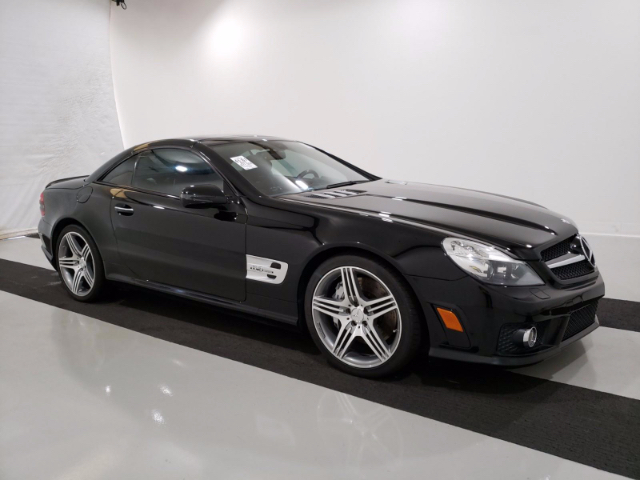 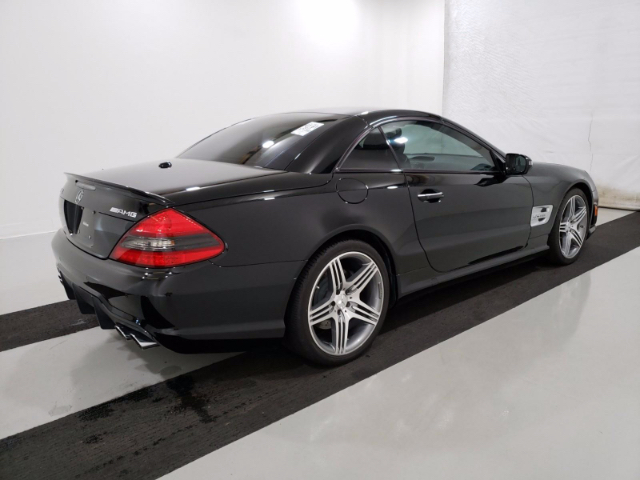 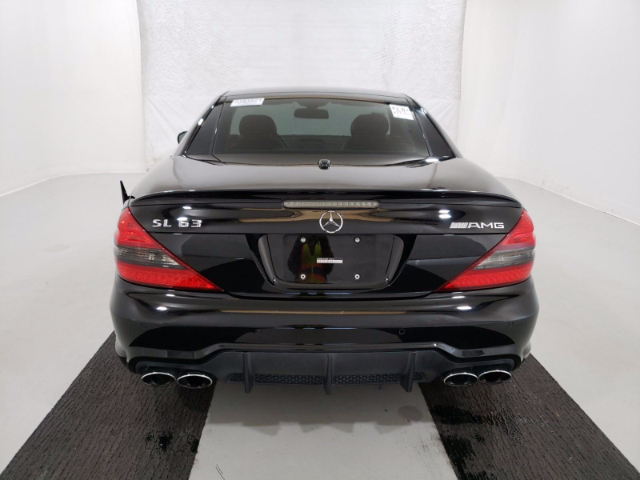 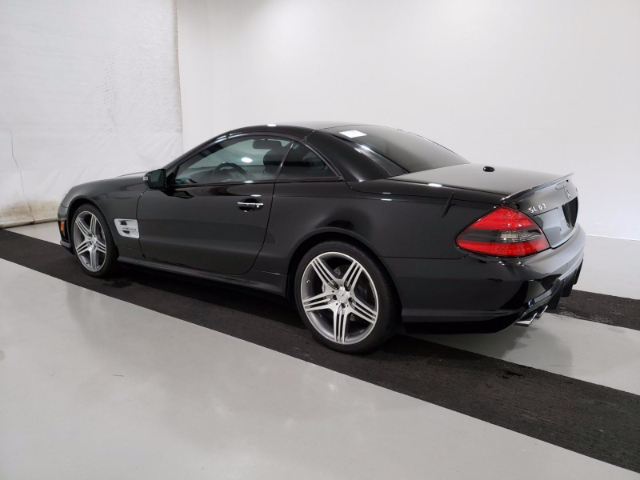 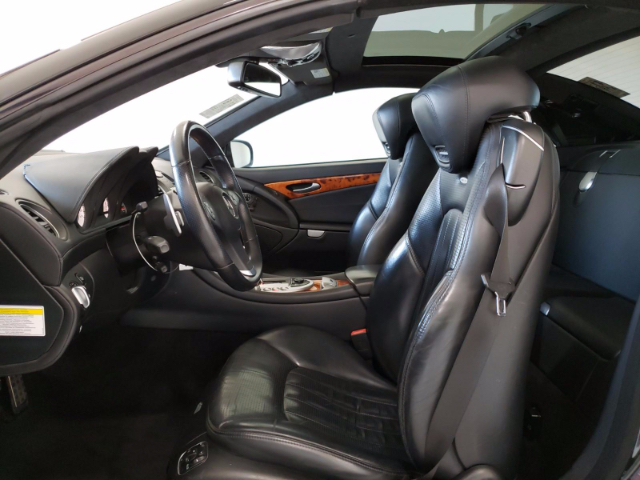 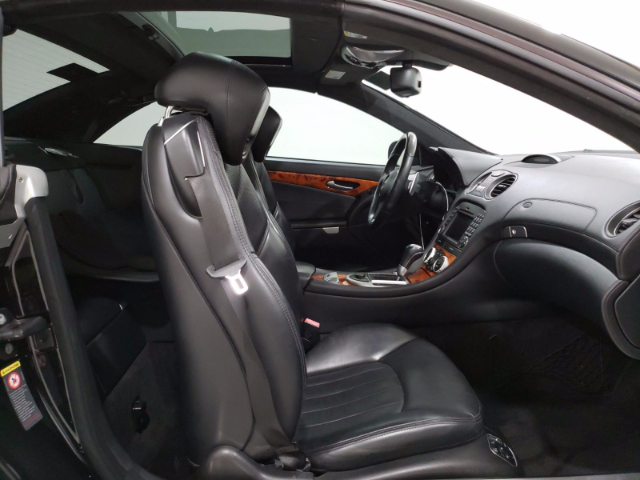 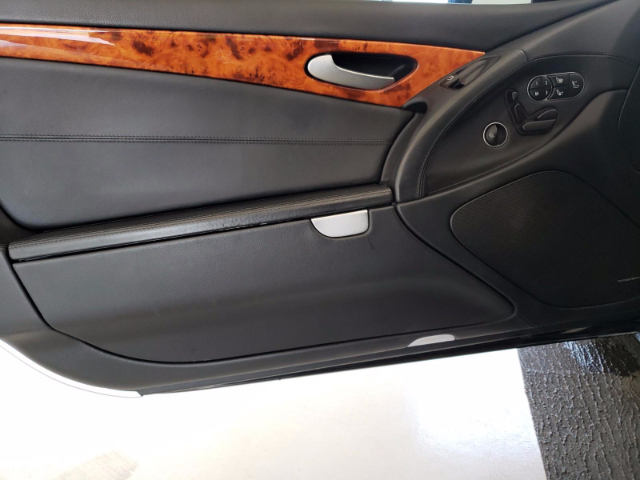 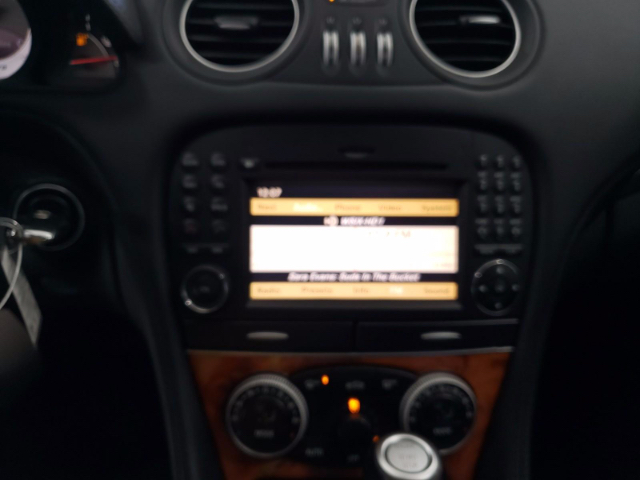 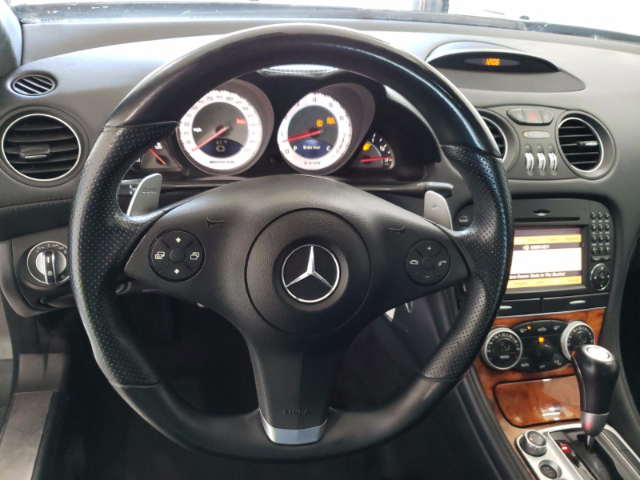 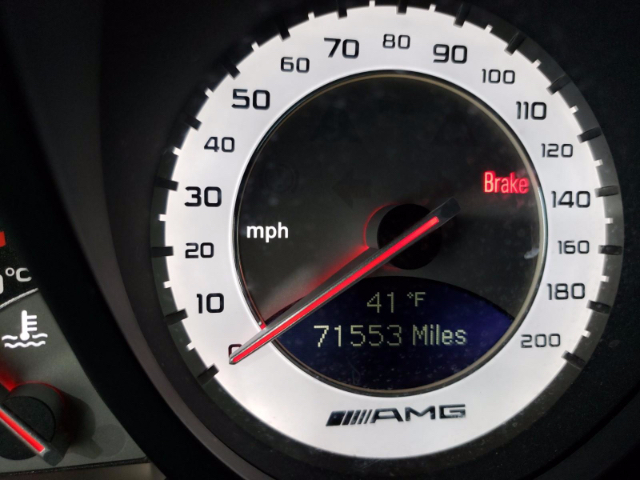 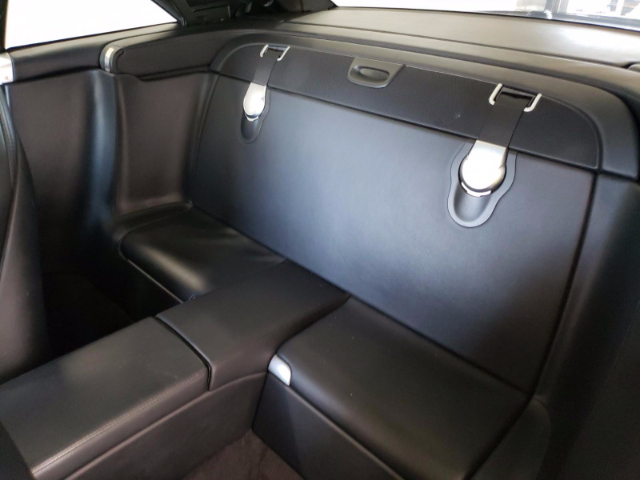 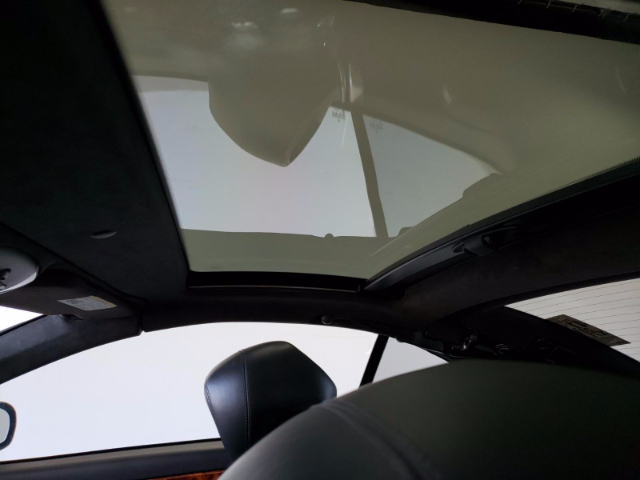 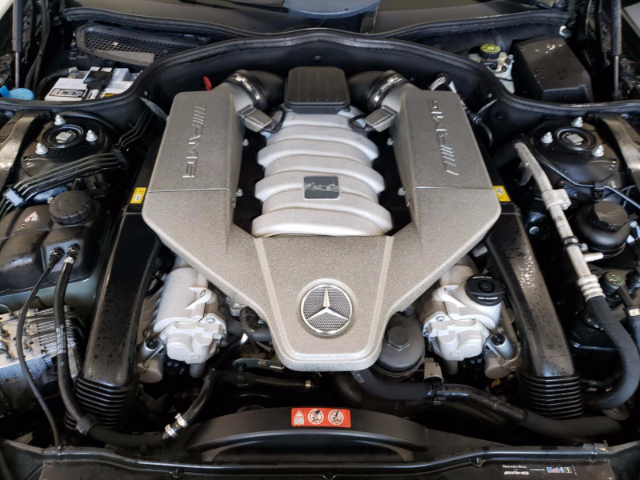 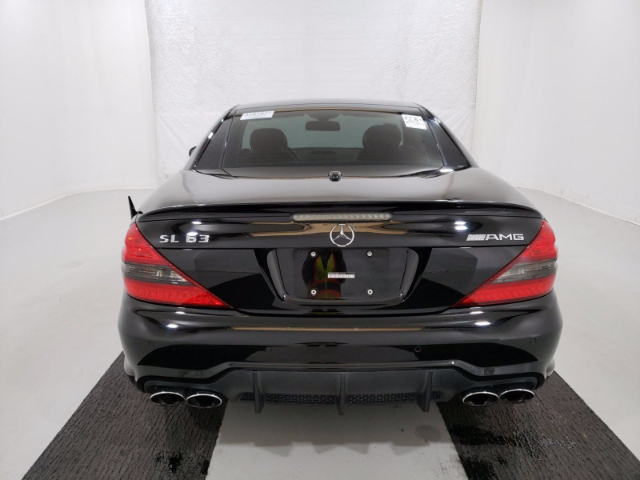 After skipping a model year, the 2011 Mercedes-Benz SL-Class loses a pair of members: the SL600 and the SL63 AMG Black Series. All remaining SLs receive revised telematics, a more informative tire-pressure monitoring system, real-time traffic, HD radio and satellite radio. Those wanting a special SL can try to snag one of the 100 special SL550 Night Edition modelsMercedes-Benz dramatically refashioned the SL-Class two years ago with more aggressive performance and sharper styling, to the plaudits of critics and buyers alike.

There was no 2010 model, and the essential mechanicals of the SL lineup have remained unchanged for 2011. However, just because this SL is getting on in years and is, in fact, getting ready to be replaced, there's no reason to put the 2011s out to pasture. To the contrary, the 2011 Mercedes-Benz SL-Class is such a seamless blend of luxury and performance that we wonder how Mercedes' engineers can improve upon it.

We've certainly found nothing amiss with the aggressive nature of an SL lineup that offers choices between fast or ridiculously fast from its V8 and V12 engines. And we think the muscular styling, with its laid-back headlights, wide-mouth grille and sharp body creases, is still fresh to the eye. Most should happily settle for a base SL550, because even this entry-level model is crammed with 382 horsepower, a veritable catalog of cutting-edge technology and touches of luxury that might be expected only from an expensive options list. Of course, should you desire more power, there is always the pair of AMG models -- the V8-powered SL63 and twin-turbo V12-powered SL65.

The SL's ability to be both a smooth-riding boulevard cruiser and capable back-road stormer is truly impressive. Plus, no other convertible in this premium price range offers the versatility of the quick-stowing hardtop (which can feature a glass sunroof). The SL63 AMG and SL65 AMG models are strictly for those seeking over-the-top performance. Their high prices are, however, hard to justify in the face of excellent competition from the Aston Martin Vantage V8, Audi R8, Jaguar XKR and Porsche 911 Turbo. All Mercedes-Benz SLs are pricey, to be sure, but sticker shock tends to dissolve in the wash between the high cost and the benefits of driving one of the world's most accomplished automobiles. Even in its twilight year, the SL continues to impress.

The SL63 AMG goes beyond the base SL550 with a bigger V8, Speedshift MCT transmission, 19-inch wheels, high-performance brakes and suspension, sport steering wheel, AMG exterior and interior trim, and the multicontour sport seats. The Premium I package is optional.

The SL65 AMG adds a twin-turbo V12, unique 19-inch wheels, track-calibrated suspension, an AMG limited-slip differential, upgraded brakes, raised top speed, parking sensors, the glass roof panel, the Premium I package and diamond-pattern leather upholstery. Many of the SL65's performance upgrades -- minus the engine -- are available on the SL63 via the AMG Performance package. Active cruise control is optional on all Mercedes SL-Class models.

Powertrains and Performance
All SLs are rear-wheel drive. The 2011 Mercedes-Benz SL550 and SL550 Night Edition are powered by a 5.5-liter V8 that produces 382 hp and 391 pound-feet of torque, attached to a seven-speed automatic transmission. Mercedes estimates a 0-60-mph time of 5.3 seconds.

The SL63 AMG features a 6.2-liter V8 good for 518 hp and 465 lb-ft of torque. The transmission is Mercedes' Speedshift MCT seven-speed automated-clutch manual gearbox. We recorded a 0-60 time of 4.6 seconds for the SL63. The SL65 AMG features a twin-turbocharged 6.0-liter V12 that cranks out 604 hp and 738 lb-ft of torque. A five-speed automatic sends this earth-rumbling power to the rear tires, which really can't distribute that thrust to the pavement effectively. The SL65's 0-60 time is an estimated 4.2 seconds.

Safety
The 2011 Mercedes-Benz SL-Class comes standard with stability and traction control, antilock brakes with brake assist, side head/thorax airbags, driver knee airbag and a pop-up rollbar that deploys automatically in the event of a rollover. It also can be raised by the driver at the touch of a button. TeleAid emergency telematics are also standard, including automatic collision notification.

Interior Design and Special Features
In the realm of two-seat roadsters, it doesn't get more spacious or more luxurious than the Mercedes-Benz SL-Class. With the hardtop raised, even our tallest editor, at 6-foot-3, had enough headroom, while legroom was also pretty good. The 12-way power seats offer a huge range of adjustment, while the available multicontour seats can be molded to anyone's body shape. Depending on trim level and selected options, those seats can also cosset their occupants with heated cushions, cooling ventilation and the Airscarf's warm air against their necks. It's hard to think of a cabin better suited to top-down motoring.

In a cockpit noteworthy for intelligent design, it's unfortunate the SL's older COMAND control uses an awkward circular toggle button with four directional points. With practice it's not a bad way to control the car's many accessories, but we prefer the mouselike knob found in newer Mercedes models or a Porsche 911's touchscreen.

Driving Impressions
How you experience driving a 2011 Mercedes-Benz SL-Class depends entirely on which model you choose. The SL550 is the boulevard cruiser of the bunch. Compared to the AMG versions, the exhaust notes are less raucous and the ride is a tad softer (although all SLs have adjustable suspensions). But the steering and Active Body Control systems produce a much better performance car that's more in tune with the driver's intentions than prior standard SLs. This also applies to the AMG versions, particularly the SL63 AMG. Although it is a powerful, snarling beast of a machine, it is also a capable handler with a wider range of abilities than simply going fast in a straight line.

On the other hand, the range-topping SL65 AMG's rear tires simply can't transfer the car's eye-flattening amount of torque to the pavement without lighting up like those on a Top Fuel dragster. The speed and acceleration advantage between the 63 and the 65 are very negligible, despite the not-so-negligible differences in power and price

MPG/EPA is based on 2011 EPA mileage estimates, reflecting new EPA fuel economy methods beginning with 2008 models. Use for comparison purposes only. Do not compare to models before 2008. Your actual mileage will vary depending on your driving habits, terrain, weather, towing, fuel variants, etc. as well as the service or maintenance of the vehicle.

Submitting this form will send a coupon to your email, as well as Selective Automotive Inc. for the amount of ! This Coupon can only be used for the 2011 Mercedes-Benz SL-Class. Limit 1 coupon per vehicle purchase.